Is there anything more murdery than vampires? I mean, they live off of BLOOD!!! Their teeth are stabby! They die by getting stabbed with wood in the heart! And, they live forever. That doesn’t exactly relate, but IS an excellent vampire selling point, so I felt it necessary to add. Also, vampires are not supposed to sparkle, okay? Okay.

Did you guess the theme for today??? Oh, vampires, how do I love thee, let me stab the ways…

I know, subtle. But, hey, vampires are my jam and I get excited to launch into my favorite month, vampire season. Okay, most people call it October, or Fall, but come on. How basic is that? I suppose every season is vampire season, but this is when people officially accept the murderous creatures into their homes and hearts. At least until the 31st. I’ll take it!

Make out: Ben. Yes he’s the “bad guy” but is he? Or is he misunderstood? Let’s kiss and find out.

Marry: She’s a bit manipulative. And not trustworthy. But Ruth does show mercy in the end. That’s gotta bode well for marriage.

Murder: I know, I know. Perhaps I missed the point. But, Robert IS sort of a bad guy.

Make out: Poor Mary Todd. She had some rough breaks. Let’s smooch and see if that helps.

Marry: A complicated vampire who pushes the boundaries of good and evil? You all had to know Henry was for me.

Murder: Alright. It’s predictable. I get it. But, John Wilkes Booth just wasn’t a great guy, vampire or human.

Make out: Sexy, intoxicating, enchanting Armand. Can you even imagine this make out sesh?!

Marry: He’s a bit melodramatic, I admit. Still, Louis, you sensitive vampire you, let’s check out eternity, shall we?

Murder: I really kind of want to keep him alive, only because he’s so interesting. But, Lestat is also sort of awful. Let’s stab him and see if he stays dead. 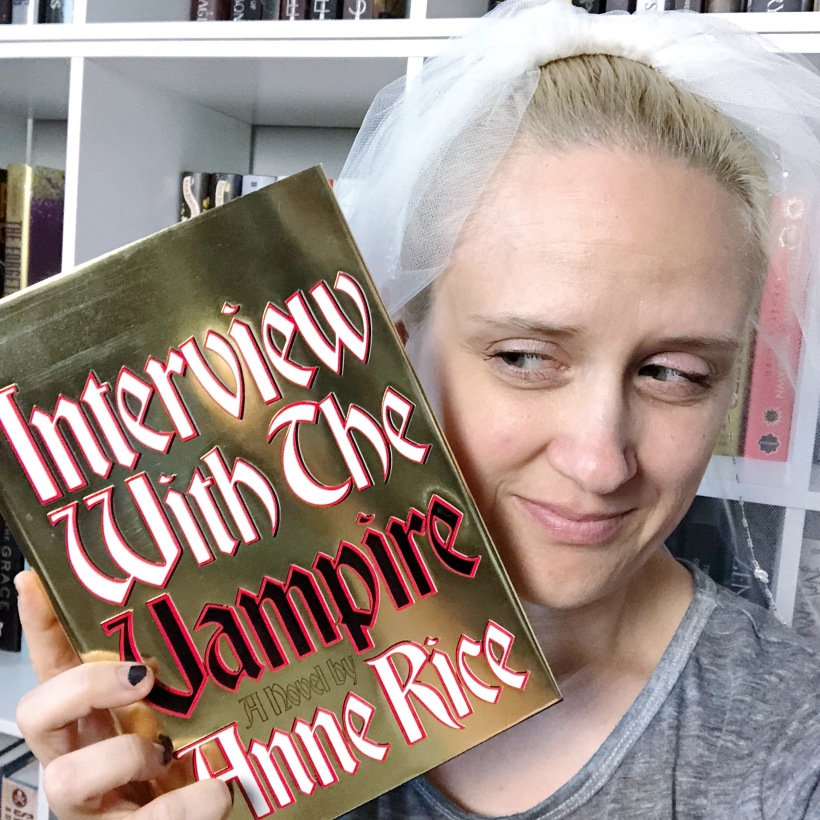 My first vampire love. Who else could I marry?

We all have to die in the end. Perhaps you’ll come back as a vampire. Gotta love that irony!

Have you read any of these? Who would you choose? Tell me below!!!

See you guys next week, when we will be back for more stabnanigans!!! TTFN!!!