Today, my goodmen, today was GLORIOUS!!!!! In full nerd fashion, I embarked on a journey. A journey many months in the making, and surprisingly, not entirely about the event itself. 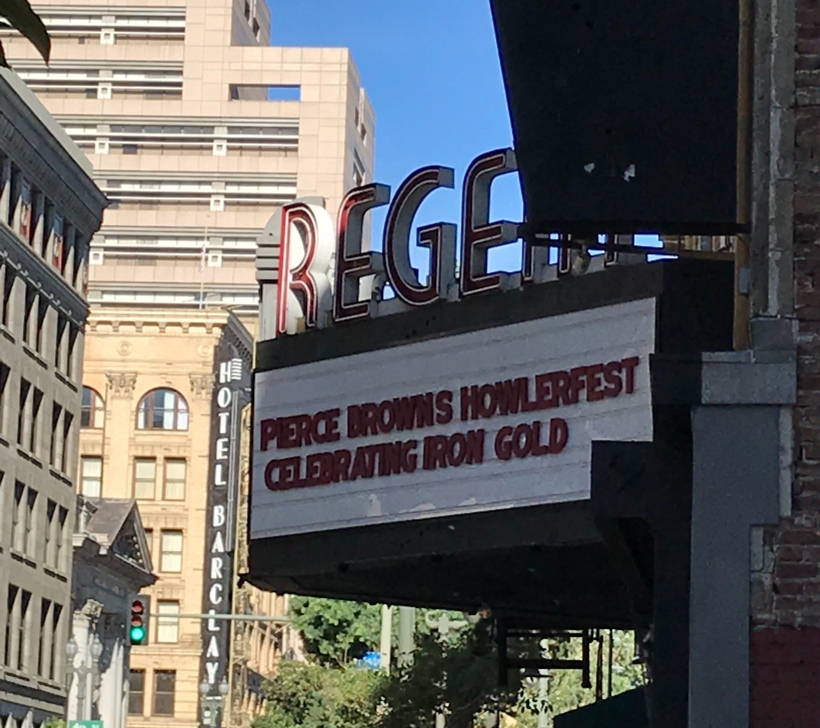 Let me back up. Of course, the event was the entire gorydamn point. I’ve been waiting for Iron Gold for what feels like an eternity. And honestly, I probably would have simply waited for the release like any other Introvert book nerd and watched all this amazingness from afar. Except, a good friend called me, and said, “Come with me?”

And I said YES!

So, a journey was planned. It involved matching shirts. I dyed my hair. I tried to get her to agree to matching tattoos. Spoiler: she said NO! However, she did agree to temporary tattoos as a compromise.

But let’s get to the juicy gossip.

The event was amazing. I know that adjective gets thrown around a lot. By me. But, it was. When you walked in, they had large prints of all the fan art from around the world, and in our packet was a voting ticket.

Here’s a few for your perusal……

Once you voted, you entered the theater itself.

We also received a packet at the door, with the voting ticket and shirt ticket (if you ordered ahead of time). Our badges were Color coded and assigned us to our Color. I got Obsidian. Apparently even in this fandom, the Fandom Gods want to make me the trained killer. Weird. At least I’m not the bloodydamn villain again.

Next to the shirt display, they had a small bookshop set up with BookSoup, featuring books Pierce himself loves. Of course I bought one or two, but you’ll have to go watch my Instagram stories in the next few days to see those goodies!

There was a bar, serving PitVipers for those daring Helldivers, and Haemanthus (mocktail) for the dreamers of the group.

Finally, there was an airbrush artist there to make sure we all had the appropriate sigils for our Color.

And then the real fun began! Pierce came on stage, accompanied by his close friend and actor, Eric Christian Olsen. The interview was incredible to listen to on SO MANY LEVELS!

As a fan, it is always so fun to listen to an author talk about the world from their perspective. Who they see themselves in, who they had fun writing, who they hate. It’s fascinating to hear them describe the world that you, as a reader, are so immersed in. To hear the creator of that world dive into some of the rationale behind characters, plot twists, and world building is always good nerd fun!

Beyond the discussion of the world, Pierce himself is so kind and generous with his fans. He made sure to really reflect on his answers, and took his time thinking them through. His answers to questions ranged from funny, to snarky, or vague to very detailed, depending on the question. You can tell he enjoys interacting with his fans as much as we enjoy intreating with him. So much so, that he is involved in the Facebook group, Hic Sunt Leones: A Red Rising Fan Group, knows who the admins of the group are, and called up the MOST AMAZING COSPLAY EVER!!!!!

As a writer, I LOVED EVERY SINGLE MOMENT OF THIS! Not just the cosplay, although, talk about #writergoals! When he talked about his life as a writer, I was so grateful I went to this event. To hear that an author you look up to, for his incredible writing style and fantastic plotting, doesn’t outline, or take notes. That he also can face writer envy of writers he considers the greats. That he can be a harsh critic of himself or his writing.

I need to remember that novels don’t happen in a moment, they happen in a series of moments. They take time, and then they take a team of people to make them the wonderful pieces of magic we lose ourselves in. I simply have to be as true to myself and to my story as I can be. I tend to forget that.

He also talked about telling his editor that Golden Son had a moderately happy ending and getting a literal WTF text when he faced the horror of the ending that traumatized us all. Or how he had the most fun writing the Jackal, and holds an appreciation for villains. I am a big believer that villains could use a little more love!

If you doubt the sincerity of his appreciation of his fans and readers, just look at that dedication! FOR THE HOWLERS!!!! 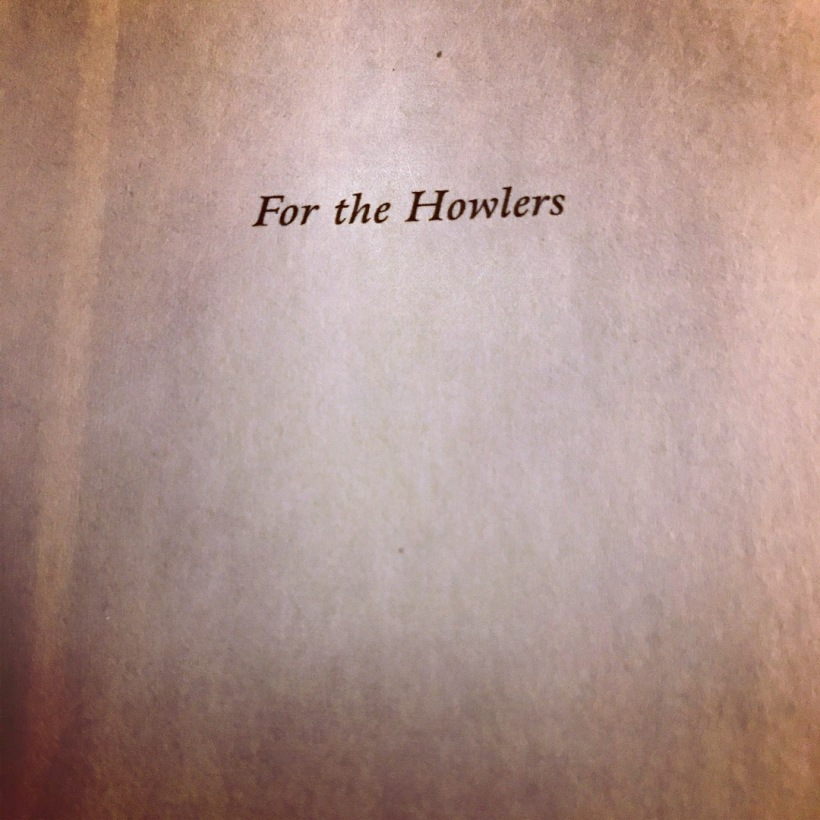 Of course, the afternoon ended when we got called up (by Color) to take a photo with him. Again, he asked everyone’s name, shook their hand or hugged them, and truly made each person feel seen and heard. That is an incredible skill.

The part of the journey that wasn’t the event, was simply going. Meeting Trissina in person after talking for nearly a year was awesome, but also daunting! Hi, my name is Jena, and I’m an Internet Introvert. And, there’s something intimidating about meeting someone you’ve tried to aspire your own writing to. Not that I was worried about how he would be, more, it’s just scary to open myself up for judgement. I never said introverting logic made much sense.

Anyway, driving to LA and being away from all my puppies and my books was hard. Oh, and my husband, I miss him too. Meeting new people in an intense environment is also daunting for me. But, I am so glad I did it!

The journey is about meeting authors and listening to them talk. Taking in their advice, knowing that even the greats have bad first drafts, and realizing that the glory is in the attempt. Nothing is made from nothing, but something can be made from something.

Meeting Internet friends in real life is the business! It’s fantastic that there is an entire community of book people in this virtual world. But, to take those friendships and conversations and hug them, and talk to them? Words just don’t quite capture how incredible that feels.

In all, I’m glad that I didn’t have to go to Mordor or face the Eye of Sauron. Perhaps my journey wasn’t quite as epic as Frodo’s. But it was mine, and I feel like I’ve grown for it.

The book comes out in three days, January 16, but we got the book 3 days early for attending! Was it worth it? You’re gorydamn right it was, my goodmen! 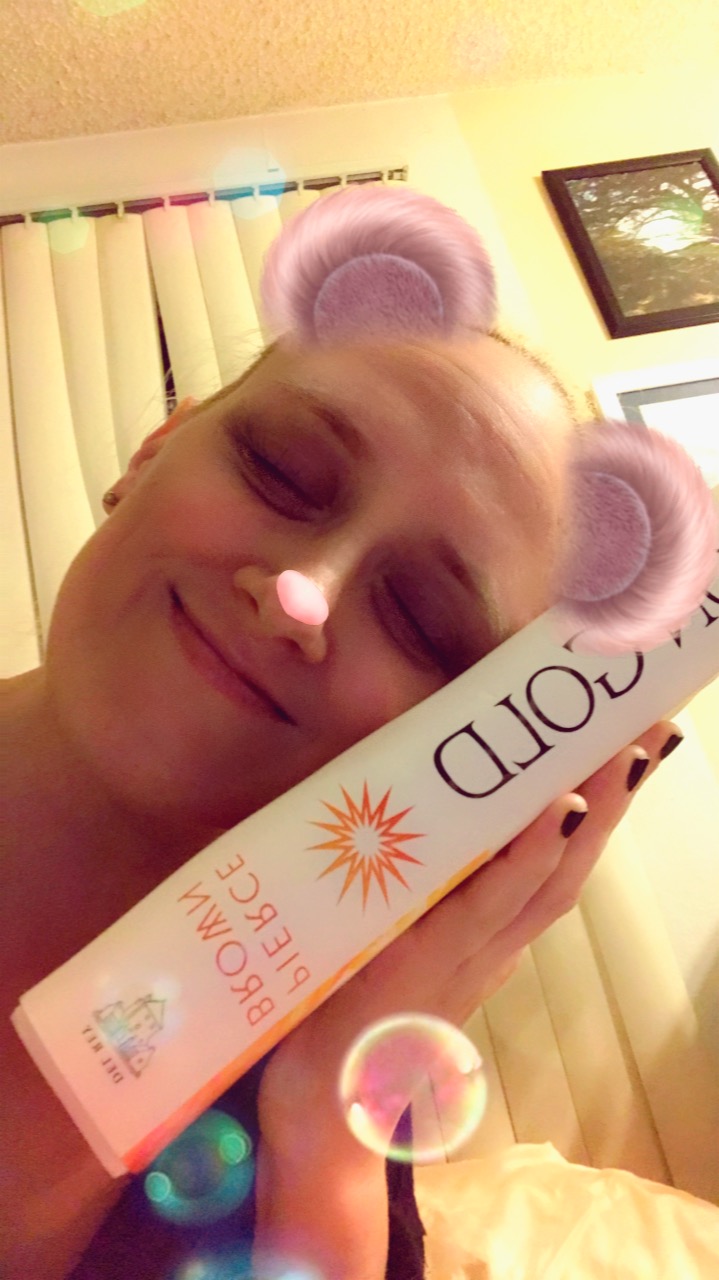