Once again, thank you to St. Martin’s Press and Wednesday books for sending me this fabulous interview with Adrienne Young! **Please note, I did not conduct this interview.**

BE WARNED!!! There may be spoilers below!!!

What inspired SKY IN THE DEEP? How did the idea and Eelyn come to you? Do you have any favorite Viking stories?

The sibling betrayal was definitely the first inspiration for this story. I was driving in the pouring rain on this country road and that first scene just hit me – Eelyn, seeing her brother on the battlefield after thinking that he was dead for five years. I pulled over on the side of the road and scribbled a million notes on an old envelope. I was immediately hooked to the idea and I wanted to know what had happened. I started writing that first chapter and I just never stopped.

What type of research did you do for your characters and world-building? What languages did you study to implement the languages that the Aska and the Riki speak? What was the strangest thing you had to research for this book?

I did a ton of research for this story. I actually really love to research things so it was a lot of fun. A lot of it was stuff like clothing, landscape, weapons, food, etc. But I did a lot of research into Norse mythology as well to build a foundation for this world. The language used is Old Norse, but it’s a dead language so studying it was really difficult. There is a lot of controversy about it among scholars and there’s no real way to fully understand it, so I just did my best based on my own investigation. I’m definitely not an expert! The weirdest thing I had to research was how to tear out someone’s eyeball. Yuck.

What was your writing process like for SKY IN THE DEEP?

Complete and utter obsession. When I draft, I get really buried in the world and I don’t really come up for air until I get to the end. I write as much as I can and limit my intake of other influencers that could mess with my mindset. I don’t watch TV or movies or listen to music that’s not on my playlist, and I kind of don’t have a social life until it’s done.

What was your hardest scene to write? What was the easiest?

I really didn’t struggle to get this story on the page the way I have with other books so I really don’t know what the hardest scene to write was. But the easiest was the first chapter. I wrote it so fast and it just clicked in so perfectly.

Which of your characters are you the most like? Who was your favorite to write?

Eelyn! We have so much in common and she really inspires me. But I think Halvard was the most fun to write. I really, really love him.

Do you have a soundtrack for SKY IN THE DEEP? Can you share a couple songs? What would Eelyn’s favorite song be?

Yes! Music plays a HUGE role in my writing process and I have a playlist for every project. The ones I probably listened to the most while drafting SKY are To the Hills by Laurel, Bare by Wildes, and Rise Up – Reprise by Foxes. But a link to the whole playlist is on my site!

What books have inspired you to write? What books are you looking forward to reading this year?

The ones that inspired me to write are nothing like my books. One of the most influential ones for me was A Tree Grows in Brooklyn, because the human element is so beautiful and the author explores so many things in that book that really took my breath away. I wanted to write stories that went deep like that, but I love fantasy so I try to it within that realm.

Any advice on querying? Or writing advice for aspiring writers?

Querying – do not just sign with any agent who will take you. Make a dream agent list of qualified agents who have good reputations and make consistent sales. Query them. If they don’t bite, then write another book that they might want. Believe me when I say it is worth waiting for the right agent!

Any details about the companion novel?

I can’t say anything about the companion novel yet! But I’m hoping that we can start talking about it soon because I am really excited about it!

I hope you guys enjoyed the week of Vikings!!! Sky In The Deep came out Tuesday and it’s fantastic! Check out the links below and get your copy today!!! 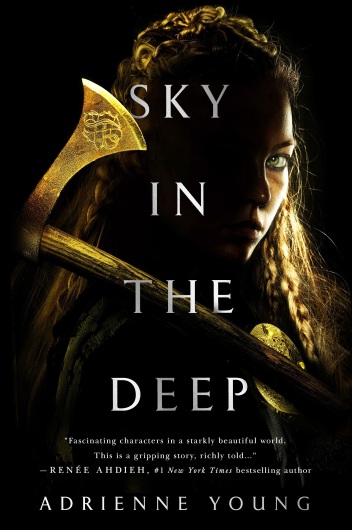 Raised to be a warrior, seventeen-year-old Eelyn fights alongside her Aska clansmen in an ancient, god-decreed rivalry against the Riki clan. Her life is brutal but simple: train to fight and fight to survive. Until the day she sees the impossible on the battlefield—her brother, fighting with the enemy—the brother she watched die five years ago.

Eelyn loses her focus and is captured. Now, she must survive the winter in the mountains with the Riki, in a village where every neighbor is an enemy, every battle scar possibly one she delivered. But when the Riki village is raided by a ruthless clan settling in the valley, Eelyn is even more desperate to get back to her beloved family.

She is given no choice but to trust Fiske, her brother’s friend who tried to kill her the day she was captured. They must do the impossible: unite the clans to fight together, or risk being slaughtered one by one. Driven by a love for her clan and her growing love for Fiske, Eelyn must confront her own definition of loyalty and find a way to forgive her brother while daring to put her faith in the people she’s spent her life hating. 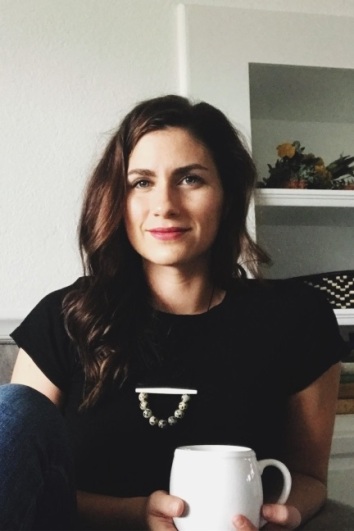 Adrienne Young is a born and bred Texan turned California girl. She is a foodie with a deep love of history and travel and a shameless addiction to coffee. When she’s not writing, you can find her on her yoga mat, scouring antique fairs for old books, sipping wine over long dinners, or disappearing into her favorite art museums. She lives with her documentary filmmaker husband and their four little wildlings beneath the West Coast sun.